Prophetic Intercession School with delegates from UK and the Cévennes

We were concerned to recover and establish a link in the 17th Century between the Huguenot prophetic movement in the Cévennes and the Quaker revival in England, led by George Fox, particularly in Wiltshire and Coventry. At the end of the weekend, we were able to declare a new spiritual bridge between France and England. 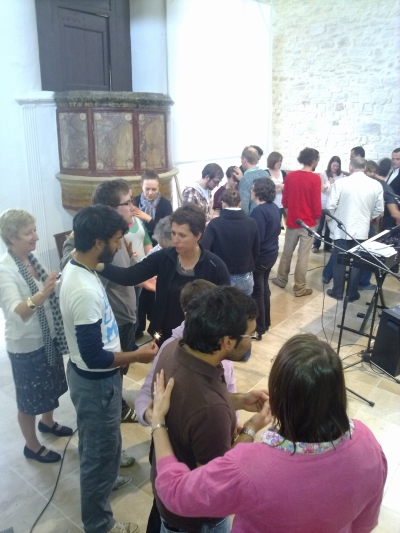 9 guests from the Cévennes, France and 40 visitors from 4 counties in England met for a bridge-building day in Wiltshire, UK, to recover a prophetic apostolic vision for our two nations.

“It felt like the Prophetic Dynamic Day was much more than a day. So that must have been God. So many things seemed to be accomplished. It was also very encouraging to see that so many people shared and got things from the Lord.”